On Yom Kippur, 1940, while Rabbi Moses Josef Rubin was leading the congregation of Cimpulung, Romania, in prayer, local fascist thugs stormed in and demanded that he sign – at gunpoint – a document accusing the local Jews of planning to revolt. When he refused, he was dragged outside, harnessed to a wagon, and forced to pull it through the streets of town, while being beaten. After the incident, Rabbi Rubin was forced to flee his city and settle in Bucharest. Among the precious possessions that he was able to take along with him were several Sifrei Torah.

Weary after many escapades, the condition of these beautiful scrolls deteriorated to the point of invalidity. In 2012, the meticulous task of restoring two of the Sifrei Torah was undertaken by Geder Avos, in harmony with Rabbi Rubin’s family. One Torah was dedicated to Chabad of Larchmont and Mamaroneck, New York, where it now rests proudly in the synagogue’s holy ark. The second Torah was dedicated to Anshei Cimpulung in Tannersville, New York. 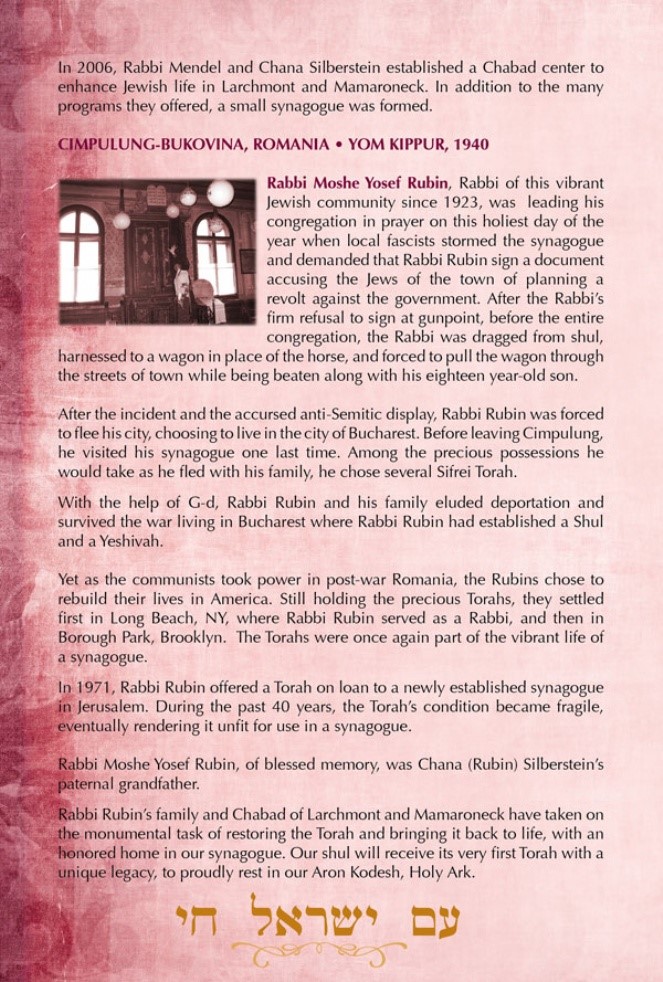